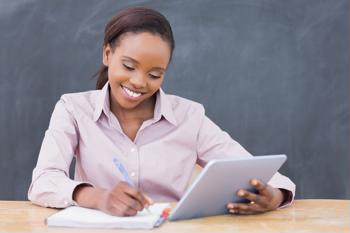 Many students still know what it feels like to lug backpacks loaded with heavy textbooks around school. Some, however, are going to class feeling very little strain on their back thanks to modern technology, such as tablet computers.

This trend is gaining traction in Utah, where the state Office of Education is helping to develop science and mathematics textbooks in digital formats, The Salt Lake Tribune reported. These texts are designed to be open source, or available to anyone in any state. This move will prove useful to educators outside of Utah who want to give digital texts a try – especially as they work to implement the Common Core State Standards.

To many education officials across the country, it is clear that embracing technology is a necessity.

"We really recognize that this is the wave of the future," Diana Suddreth, the STEM coordinator at the Utah State Office of Education, told the news source. "We are moving toward becoming a digital society."

Valley Academy of Arts and Sciences in California is one institution where every student enrolled has his or her own iPad, according to the Los Angeles Times. Still, John Deasy, the superintendent of the Los Angeles Unified School District, is not satisfied. If Deasy had his way, every student in the District would have access to these tablet computers.

One Response to Educators see the value in going digital