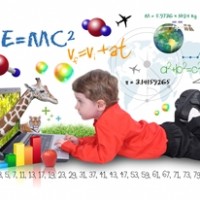 What’s more is that the demographics of a tech company are far from diverse. Google released statistics on its employee breakdown, revealing that only 30 percent of its workforce is female. Additionally, 61 percent of Google’s workforce is white. The company, and many others in the IT industry, has gotten flack for its lack of diversity. Fortunately, many people believe that schools can help change those numbers, and hope to make room in the Common Core State Standards for computer science. See, it’s not that Google or tech companies are choosing to hire white males over females and other minorities, it’s that the graduate pool itself lacks diversity.

Educators, tech companies and legislators all want to see that change and believe that teaching computer science in school can help.

Why it’s not working now
Some schools offer computer science courses, but not nearly enough. In fact, 9 out of 10 high schools in the U.S. don’t have such classes. In some cases, districts just don’t have qualified educators to teach computer science. Schools that do offer computer courses may not have much student interest, in part because 33 of the 50 states do not allow students to use computer science as a math or science credit toward graduation. This discourages many otherwise interested students from spending their time on a class that doesn’t get them closer to their diploma.

As far as women in tech go, statistics show that fewer and fewer girls elect to take computer science as they get older. The disinterest begins around the time girls enter junior high school. But what if schools could universally offer computer science classes, accept those courses for math or science credit and attract students of all demographics? That’s what many people hope to accomplish.

Getting students interested
Some educators have pushed to include computer science as an acceptable course for math or science credit in high schools. Currently, only 17 states allow this. Many teachers feel that if the curriculum is engaging, allowing for creative use of computer programming, it will attract more students. As for targeting minorities, studies suggest that girls are more likely to be interested in computer science when presented with ways it can help the community. Men are drawn to it when tempted by a good job.