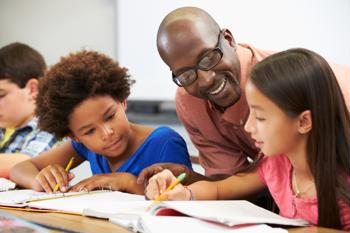 California schools began the new academic year on a brighter note than other states, thanks in large part to funding from the California Department of Education. Overall, state institutions received $622 million, which will go toward the implementation of the Common Core State Standards. As should be expected, the money is already making a difference.

Complete freedom
Oftentimes, state funding comes with rules as to what it can and cannot be spent on. In the case of the Department's funding, school districts get to decide what the money should be used for. After all, the education leaders within California's school systems know what needs to be done to prepare them for the CCSS – not the state. Some schools are expected to use the money to pay for new classroom materials, while others will cover the costs associated with training teachers.

"As a teacher, I'm heartened that our governor and our lawmakers – amid so many competing needs for resources – made our schools and the children they serve a priority," said Tom Torlakson, the state superintendent of public instruction, in a statement. "At the Department of Education, we worked hard to honor that commitment by getting these funds to school districts as quickly as possible. Welcome back to school, California – let's show the world what we can do."

How schools plan to spend
Different school districts are at different points in their transition to the Common Core. In the Vallejo City Unified School District, for instance, educators will have $2,764,600 in funding, the Vallejo Times-Herald reported. The District plans to use the money to support professional development opportunities for its teachers.

Meanwhile, the William S. Hart Union High School District also plans to fund teacher training with the money it received, according to KHTS AM 1220.

"The Hart School District is anxious to implement the new Common Core State Standards," Gail Pinsker, a spokesperson for the District, told the news source. "Our teachers are enthusiastic … This is revolutionary in education in California, and we're excited to be on the forefront of this new era."

No matter how individual school districts choose to spend the funding they receive, the money should be able to make a difference in students' lives as they become more familiar with the rigorous CCSS.