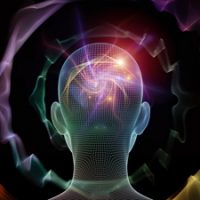 Many people wonder what is the best IQ. Not what is the highest score you can earn on an IQ test, but what is the optimal IQ that means you're smart without having difficulty relating to others. People with this IQ have high intellect, but they may not always be considered gifted. Read on to learn about optimal IQ and to see how you can find out if you have it.

What is the optimal IQ?
You might think that being as smart as humanly possible is the best IQ. In reality though, having such a high IQ does not always equate to professional success or happiness. Such scores are not a guarantee of having a good life. Gifted people actually often have a difficult time because they are different. Some have a rough time relating to others, and many are perfectionists who are very hard on themselves. While people who are smarter do have an advantage over those with lower IQs, there is a middle ground in terms of intelligence scores. This range is called the optimal IQ.

Psychologist Leta Stetter Hollingworth found the optimal IQ to be between 125 and 155. These scores meant a person had socially optimal intelligence. Based on her research, she believed that children with an IQ higher than 155 may have such exceptional intellect that they would be socially isolated as their same-age peers rejected them. Hollingworth recommended placing these students in same-intelligence peer groups where they are more likely to be seen as valued classmates and social acquaintances.

A paper written by Miraca Gross and published in Talent Development, Volume ll, studied Hollingworth's theory of the optimal intelligence range. Gross found that students in the 125-155 range had higher instances of moral development and reasoning, which eased social acceptance. The study noted that helping these smart, yet not gifted, students to work with same-intellect peers would further their emotional and academic growth. This experience was not enough to bring about the same progress in extremely gifted children, however. Profoundly gifted children required radically accelerated and rigorously monitored programs as well as socialization with others of the same intellect.

Do you have the optimal IQ?
Many people are unaware of their IQ score. They may be able to recite an ACT or SAT score, but that is not universally recognized like an IQ score. Plus, these exams are not meant for kids. If you're wondering about your or your children's intellect, take an online IQ test. There is nothing to study beforehand for these tests. They do not require you to learn specific topics and themes. Instead, IQ tests measure your overall intelligence. For example, you may have to answer questions about words or shapes that do not fit in with a group of multiple choices. You will need to find patterns in number sequences, and understand word games in an "if this, then that" format.

It's easy to get nervous about taking an IQ test because you're worried you might not be as smart as you hope. Don't fret. Your score, and your kids' scores, may fluctuate over time. If your teenage son is in algebra, for example, and he takes an IQ test, he may score higher on the exam because he happens to be studying some of the topics that are on the exam. There is no real way to study for them, though. If you do not know the answer to a question on an IQ test, take your best guess.

The benefits of optimal IQ scores
People who are considered smart but not brainiacs may have an easier time adjusting in social situations. They are often funny and well-liked because they are not so different from their peers that it causes a rift. Those with optimal IQs may make great leaders because they have problem solving and cognitive thinking skills. Children who score in the optimal range may have a lot of friends and look for more difficult schoolwork by reading above-grade books or seeking out interesting research on the Internet. Parents of kids with optimal IQ scores may need to consider finding ways to intellectually stimulate their kids outside of the classroom. While these children don't need to move up a grade level, they may appreciate involvement in extracurricular activities that better suit their skill levels, like math or science club or debate team.