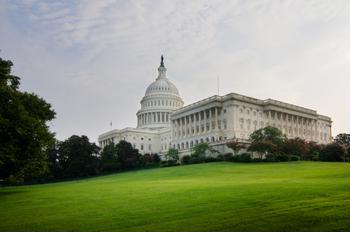 Although several states have yet to fully implement the Common Core State Standards, many students across the country have already begun to feel their effects. Opinions of the CCSS​, however, are mixed in most parts of the nation. There are people who welcome the Standards and the positive impact they could have on the American education system, and there are those who wish they had never been created.

With so many strong opinions surrounding the CCSS, it is only natural for them to become an election issue while political races are taking place. Whether individuals currently hold office, or hope to do so in the near future, their views on the Common Core could impact their political futures.

Current governors make controversial decisions
Governors who currently hold office are aware that the decisions they make regarding the CCSS will not make everyone happy. As the transition to Common Core-aligned curricula is such a hot topic, moves politicians make related to the Standards typically grab headlines.

For example, Nathan Deal, the governor of Georgia, issued a statement this past August that said he had ordered a formal evaluation of the Common Core Georgia Performance Standards in English language arts and mathematics. While this move could be viewed as a step backwards by CCSS supporters, Deal believes it is the right thing to do.

“I ask that you take into account feedback, observations and analysis from all stakeholders,” Deal wrote. “All Georgians should be allowed to voice their support and concerns.”

Meanwhile, Rick Scott, the governor of Florida, recently made the decision to withdraw from the Partnership for Assessment of Readiness for College and Careers, which will prevent students from taking the CCSS-aligned PARCC Assessment. In a statement, Scott said Florida remains committed to implementing higher education standards, but will do so without making students take the new test.

An election issue
Deal and Scott may not be concerned with voters’ opinions of them at this time, but constituents’ views are critical to those running for a seat on Connecticut’s Board of Education. Greenwich Time recently spoke to the candidates to gain a sense of their views on the Standards.

A total of six candidates are running – three Democrats and three Republicans. Brian Peldunas, a Republican, believes the CCSS are better than what Connecticut currently has in place, but is also wary of certain parts of the Common Core. Meanwhile, Democrat Debbie Applebaum thinks the Standards are positive and people need to be patient while teachers grow more comfortable with them.